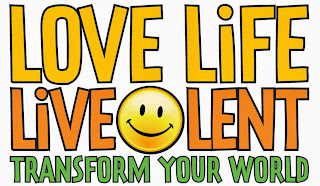 Tax ID #
A number of parents have called or e-mailed Mr. Woods requesting the Tax ID# for filing their taxes.
The Number is 46-3252482
Catholic School Region of Manhattan
d/b/a Our Lady Queen of Martyrs School

IXL.com
As a a reminder parents of students in grades K-8 should be having their child work with IXL.com at least 20 minutes a day.
The weeks are ticking away until the New York State Common Core Tests in ELA - English Language Arts and Mathematics.

Ideal Uniform Company - New Company
The uniform company has been changed to Ideal Uniform Company. The uniform will remain the same. They were in the auditorium during the report card distribution and will be here March 12th from 10:00 AM - 12:00 noon in the library should any parent wish to order a summer uniform that may be worn beginning in May.

Monday February 23, 2015 Feast of St. Peter Damien
Re-Registration forms due in the office.

Friday February 27, 2015
Stations of the Cross 11:30 AM - Parents invited
Re-Registration forms due in the office.

Monday - March 2nd - Dr. Seuss's Birthday Dress up celebration
Contest at 1:30 in lunchroom - parents invited.
Dress up like one of the characters in a Dr. Seuss book!

IXL.com
Students in grades K-8 have been subscribed into the online Mathematics and ELA (English Language Arts) tutorial program. Students were given their login and password so that they would be able to work on home independently.
Parents are urged to have their children practice Mathematics skills and ELA skills with this program at least 20 minutes a day since we are 6 weeks away from the New York State Exams. The IXL.com program is geared to assist students with Common Core State Standard Skills and they have been introduced to the program with the teachers and with Mr. Marcial during their scheduled computer class.

ITBS (Iowa Test of Basic Skills) Grades K-2
Students will be administered the ITBS in grades K-2 during the first week in May. This battery of tests that is aligned with the Common Core State Standards will assist in better understanding the strengths and weakness that students may have in the areas of Reading, ELA and Mathematics. Further information will be posted as we draw nearer to the tests.

Open House---March 10, 2015
Many parents were disappointed that the Open House had to be cancelled due to snow at the end of January. In order to give parents the opportunity to see their child's participation in the classroom Open House will be scheduled for March 10th - by that time the snow should have stopped. Open House will be from 8:30 AM - 11:00 AM.

Candy Bars
A new order of Candy Bars arrived in the office to assist parents who need to meet their fund raising requirement. Should you need candy bars please see the office staff. They are also available at the after school program until 7:00 PM. As a reminder fund raising must be completed by April 15, 2015.

Tuition Suspension Day - March 9, 2015
Tuition Suspension Day will be Monday March 9, 2015. Students will not be able to attend class unless the tuition is up to date as reflected on Smart Tuition. Parents may see Mr. Woods on Sunday March 8th from 2:00 PM - 6:00 PM regarding their outstanding tuition but must be able to pay half of the outstanding balance off at the meeting with Mr. Woods. Letters will be sent home on March 5th indicating the outstanding balance. 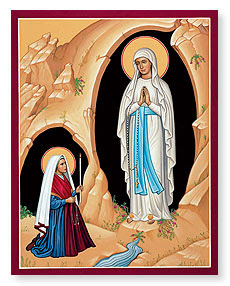 Re-Registration 2015-2016
Re-Registration forms are available in the tuition office for parents to re-register for next year. The tuition rate has not been determined as of yet by the Catholic School Region of Manhattan CFO (Chief Financial Officer) as soon as the new rates are known Mr. Woods will publish on this blog.
Parents who are not returning are asked to inform Mrs. Resto or Alba.
Parents of students in PreK-2 (Ms. Rodriguez's class) and Kindergarten are urged to re-register early. A number of parents have called for Kindergarten next year and it is important to guarantee your seat by re-registering.
Re-Registration is due by February 28th.

PreK and Article 43
A number of changes were implemented in PreK this last week to continue to address our timeline of meeting the NYC Department of Health regulations regarding the school license for PreK and Kindergarten.
1. The 15 minute limit for snack- a snack is a snack--- not rice, beans and bistec. It should be limited to a small sandwich, a piece of fruit and a juice which is not necessary as the children have access to milk for their snack. What does this address - it address high cholesterol rates in children as young as 5 years old. It address obesity in children. The teachers will address this more on their blog page.
2. The classroom schedules were changed. Many parents came to Mr. Woods on report card night and expressed their happiness with the Center Time incorporated into the curriculum and the children were talking about their activities at home.
8:00 AM - Arrival of students
8:15-8:30 Morning message
8:30-8:45- Religion
8:45-9:45 Center Time (Music)
9:45-10:00 Bathroom
10:00-11:00 Gross Motor Activities in the Lunchroom
11:00-11:30 Lunch
11:30-11:45 Bathroom
11:45-12:00 Story Time
12:00-1:00 Center Time
1:00-1:15 Snack
1:15-1:30 Bathroom
1:30-1:45 Closing Circle Time
1:45-2:45 Nap
2:45-3:00 Dismissal
Parents are welcome to see Mr. Woods concerning any of these changes.


Report Cards- Summer School/Retention
Students who are not doing well academically are reminded that there is PLENTY of time to improve their scores before the final decisions are made by Mr. Woods in June. Less computer, Less television, Less gaming--more reading, more studying, more responsibility in completing all homework, projects and paying attention to every detail during class.
Parents should check the Cornerstone Student Information System weekly if their child is experiencing academic difficulties.

Wednesday - February 11th - Feast of Our Lady of Lourdes
Math coach will work with student today. 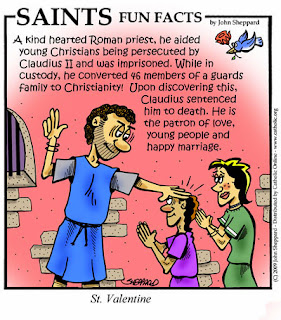 Sunday - February 15th
No Classes
Mass at 1:00 PM for all students 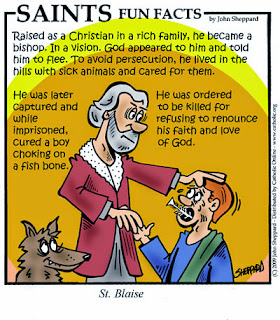 An introduction to an article that Mr. Woods believes all parents should read on the importance of talking to your child and having screen time (TV, computers, iPads, gaming) limited to an hour a day:

In this article in The New Yorker, Margaret Talbot summarizes research showing that the poorer parents are, the less they talk to their children – with serious consequences once children begin school. The original studies on this were done in the 1980s, when Betty Hart and Todd Risley of the University of Kansas analyzed verbal interactions in professional, middle-class, and low-income families with children who were just learning language. There were many similarities among the families – parents all showed affection, disciplined their children, and tried to teach them good manners – but the social-class differences in the number of words children heard each hour were dramatic: 2,150 in professional families, 1,250 in middle-class families, and 620 in poor families. “With few exceptions,” Hart and Risley concluded, “the more parents talked to their children, the faster the children’s vocabularies were growing and the higher the children’s I.Q. test scores at age 3 and later.”
But it’s not just the quantity of words, Hart and Risley noticed. More-affluent parents used a wider range of nouns, modifiers, and past-tense verbs, and more of the conversations were initiated by children. Catherine Snow, a Harvard literacy expert, has followed up on this finding (both Hart and Risley have since died). “Families that talk a lot also talk about more different things,” says Snow. “They use more grammatical variety in their sentences and more sophisticated vocabulary and produce more utterances in connected chains.” They don’t just say, “That’s a teapot.” They say, “Oh, look, a teapot! Let’s have a tea party! There’s Raggedy Ann – do you think she wants to come to our tea party? Does she like sugar in her tea?” These parents ask their children a lot of questions (“Is that a ducky on your shirt?”) and have fun answering children’s “Why?” questions. There’s also a difference in the ratio of statements from parents that are affirming and positive (“Yes, it is a bunny!”) versus corrective and critical (“Stop that!”) – 32 to 5 per hour in professional homes, 12 to 7 in working-class homes, and 5 to 11 in low-income homes.

As Mr. Woods noted last week one of the prime deficiencies that OLQM children have in interim testing is vocabulary. To address this the teachers will now list the week's vocabulary words on the opening page of their blog with the definition. In this way parents may assist in developing vocabulary skills which leads to better reading skills.

Report Cards - February 4, 2015
Dismissal at 12:00 noon -- After School Program Available until 7:00 PM
Report Cards will be distributed by Fr. Antonio to students on Wednesday February 4th. The report cards will only be distributed to students whose tuition balance is up to date.
Parent Teacher Conferences will be held in the school auditorium for students in grades 1-8 from 1:00 PM - 7:00 PM. PreK and Kindergarten classes will be in their designated classrooms.
On this report card the warning of Summer School School or Retention in the grade will be noted so that parents are aware that their child is failing as of today and that there is ample time for the child to improve.
A list of students who are failing one or more subjects will be sent to the regional Superintendent at the end of the week.

Fund Raising - Candy Money
A reminder that fund raising candy money is due to the tuition office. Final date is April 15, 2015

Friday - February 6, 2015
Height and Weight of students will begin to be loaded on to Cornerstone Student Information System.