Tuition Reminder
To request a late fee waiver Mr. Woods was informed this past Monday------- must be done before the fee is posted. Parents who need extensions must therefore see or contact Mr. Woods before the 20th of each month. Once it is posted Smart Tuition will not remove the fee. Mr. Woods suggests that parents who foresee that they may be late in order to pay off Christmas gifts etc. should ask Mr. Woods for a 2 or 3 month extension so that they will not incur late fees. Mr. Woods is directing this concern with the Regional Board and the Superintendent of Schools in the next week.

School Office-Christmas break
The school office will be closed December 24th, 25th, 31st and January 1st.
The office will be open from 11:00 AM - 5:00 PM in case parents wish to reach the office staff. Please call ahead before arriving as the staff may be out to lunch etc.

New York State Immunization Report
This last Wednesday the NYS Immunization Report was sent to the Health Department. In looking over the report generated by Cornerstone Mr. Woods noticed that a number of students are missing an immunization here and there. This needs to be taken care of ASAP and the paperwork given to Alba so it can be registered in Cornerstone. A few years ago a number of students were not permitted to return to school until the child was fully immunized as per New York State Law. 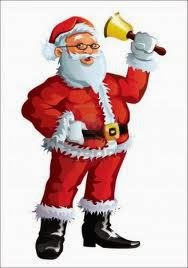 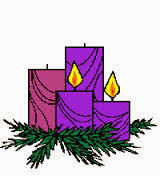 Oral Health Screening
Students who returned the permission slips will receive instruction on proper brushing and flossing along with a variety of free supplies on Monday December 9th.

Picture Day
Individual picture day will be Wednesday, December 11th. Parents should have returned the picture envelope to Mrs. Resto in the tuition office by
Friday, December 6th as mentioned on last week's blog. If you forgot please give the picture envelope to Mrs. Resto ASAP so that we may inform the photographer. Students may wear dress up clothes----no jeans if they are having their picture taken.

Tuesday- December 10, 2013
Anti-bullying curriculum will be covered by teachers.
Morning Prayer 7:30 AM

Wednesday- December 11, 2013
Individual Picture Day - students who are having their picture taken may wear dress up clothes.
Math coach will be working with students and teachers.
Morning Prayer 7:30 AM 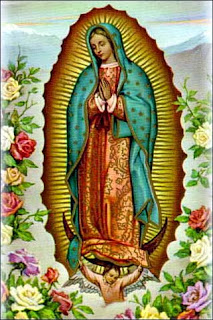 I would like to address the recent media attention that has been given to the issue of Common Core Learning Standards (CCLS). Unfortunately, this coverage has created a certain level of consternation for parents across the country. I appreciate that many of you may also be experiencing some confusion regarding the CCLS.

As a brief summary, the CCLS initiative began as a bipartisan effort by the governors of our country to collectively establish common curriculum guidelines for all schools in the nation. To date, 46 states have adopted CCLS and over 100 (Arch) d ioceses have also chosen to teach CCLS in Mathematics and English/Language Arts. During the 2012-13 academic year, New York State began the implementation of the CCLS and the realignment of their year-end state tests to reflect the CCLS.

The CCLS test scores of students in all school districts last spring were disappointingly low and this sparked considerable media attention. Opponents of this initiative have called into question the academic merits of the CCLS. Others have raised concern about the diminishment of our Catholic identity. Please allow me to articulate some relevant information to counter the concerns being voiced on television and in our newspapers. It is important that you are presented with the facts involving CCLS.

In his book, The Holy See 's Teachings on Catholic Schools (2006), Archbishop J. Michael Miller highlighted the main responsibility of Catholic schools is to integrate our faith into classroom instruction. Archbishop Miller also stated the need to recognize that our schools have an additional responsibility of preparing students for their professional life. The CCLS curriculum guidelines are designed specifically for that purpose. It should be noted, Catholic schools have been using state and national standards for decades. The claim of opponents that the CCLS are Jess rigorous is mistaken. Our classroom teachers will tell you, the CCLS are more rigorous and require more reading, writing, listening, higher order thinking, and a deeper understanding of mathematical concepts to support problem solving. To say this transition in our teaching methodologies and testing procedures is challenging is an understatement. It is hard work and it is
time-consuming work.

There is also the misperception CCLS will dictate what Catholic school teachers must teach. This claim confuses the significant difference between the 'standards' and the 'curriculum' a school district chooses to adopt. Standards descri be what students should know and be able to do at the end of a course. Standards are too broad to define what teachers will teach on a daily basis -that is the purpose of a local curriculum, and specifically our Archdiocesan curriculum.

As an example, one of the 4th grade CCLS for reading literature states, "Refer to details and examples in a text when explaining what the text says and when drawing inferences from the text." It does not however, specify which text or how the teacher will guide students to accomplish this instructional task. The concern that Archdiocesan schools will not have the freedom to select their own texts is a misread of the CCLS.

Regarding the allegation that the CCLS will undermine our ability to infuse Church teachings into classroom instruction, please know our teachers are not encumbered with this responsibility and they continue to have the ability to preserve our Catholic identity in their instruction. To that
point, we also subscribe to the Common Core Catholic Identity Initiative: a national collaborative formed by a partnership of Catholic universities and Pre K-12 Catholic educators that was created for the express purpose of modeling how Catholic identity elements can be captured in classroom instruction while still implementing CCLS. More information about the Common Core Catholic Identity Initiative can be found at: http://www.cccii-onli ne.org/about.

For parents who have q uestions based on what they hear from opponents of CCLS, I suggest they talk directly to our principals and teachers -the educators in Catholic schools who are actively engaged in the implementation of excellent and authentic Catholic curriculum. Such conversations will expose that the allegations offered by the opponents of the CCLS are factually incorrect.

While completely supportive of the CCLS initiative, I should note there have been concerns raised regarding the strategy used to implement CCLS -the timeline and the pace by which the standards are being delivered and assessed. On this issue, many of us are in agreement with that observation and are currently working with the State to address that complaint. That reality has
put noticeable pressure on our classroom teachers and certainly more support needs to be given to them. However, the need for those adjustments is not an excuse to forgo the benefits of an initiative that has challenged our educational institutions to strive for greater and continued excellence.

The Catholic schools in the Archdiocese of New York will continue to implement CCLS. In the near future it will be demonstrated that because of the work of our teachers, test scores will improve, our Catholic identity will remain as strong as ever, and our Archdiocesan school system will be completely transparent about our instructional methodologies to parents and all of our stakeholders . 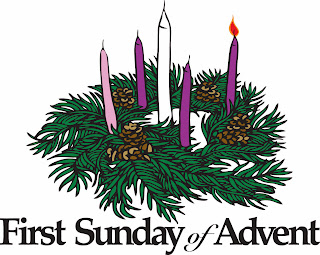 Interim Assessment # 2
Interim Assessments will be administered to students in grades K-8 on Thursday December 12th and Friday December 13th.
Students in grades K, 1 and 2 will be administered their test using paper and pencil.
Grades 3-8 students will either use an iPad or a computer.
As explained previously these are diagnostic tests administered by the Archdiocese of New York to access areas of strengths and weaknesses that students are experiencing in the areas of Mathematics and English Language Arts.