Prayer for Second Week of Lent
O God, whose glory it is always to have mercy: Be gracious to all who have gone astray from your ways, and bring them again with penitent hearts and steadfast faith to embrace and hold fast the unchangeable truth of your Word, through Jesus Christ your Son; who with you and the Holy Spirit lives and reigns one God, for ever and ever. 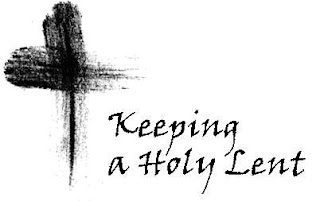 Re-Registration Due THIS WEEK
As a reminder re-registration is due this week. Parents who do not register may see their child placed on a waiting list.
A number of students from closing Catholic Schools have already enrolled for next year and there will be limited number of spaces available after Friday of this week.
Mrs. Resto will call you and remind you this week that this must be completed by Friday March 1st.

Fund Raising Requirements
As a reminder candy bars are available to assist you in your fund-raising requirements for this year. Please see either Mrs. Resto or Alba in the school office.

Monday, February 25th
Mrs. Resto will begin to call parents who have not re-registered.

Prayer for the first Week of Lent
Almighty God, whose blessed Son was led by the Spirit to be tempted by Satan: Come quickly to help us who are assaulted by many temptations; and, as you know the weaknesses of each of us, let each one find you might to save; through Jesus Messiah your Son our Lord, who lives and reigns with you and the Holy Spirit, on God, non and for ever. Amen.

SMART Tuition Company
Many parents have expressed concern regarding the fees that have been posted on your recent tuition statement. The fees are posted for you to remember that they are part of the tuition contract that you signed either at registration or re-registration. Late fees are NOT charged if you cannot pay the fees by this month. Late fees ONLY apply to tuition balances and may be addressed if you meet with Mr. Woods BEFORE tuition is due for that month. Once the fees have been applied then it is too late. As Mr. Woods explained at Ash Wednesday Mass SMART tuition company is the Archdiocese of New York's tuition company for ALL schools.

Re-Registration due
As a reminder re-registration is due by February 28th.
If you have already decided not to return to OLQM please inform Mrs. Resto or Alba so that we may offer your seat to a student coming from a closing Catholic school. We have begun to register students coming from closing schools already and you may be put on a waiting list if you do not re-register by February 28th.
PreK-2 (Mrs. Rodriguez's class) and third grade (Ms. Saville's) parents are strongly reminded to re-register as soon as possible.


Announcements for week of February 17th

11:30 AM - Stations of the Cross led by the 6th grade
Parents Welcome

Progress Reports will be sent home with all students.
If there is a green sticker on the form then the parent should make an appointment, with Alba,
to see the teacher(s). 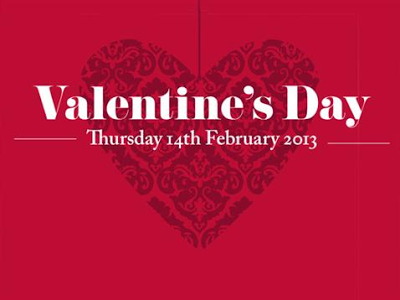 Something all of us can do is commit ourselves to being more reflective during Lent. It just means that I'm going to make a point of being more observant, more aware of what I'm experiencing - paying more attention to what is "automatic" behavior. And, I then start paying attention to my desires. We have all kinds of desires. During Lent, I can reflect upon the desires I currently have and which of them need to be purified, which may need to be abandoned, and which are wonderful desires that are there, but I haven't acted upon them. Naming our deepest desires will guide the choices we make to establish new patterns for Lent.

Tuesday- February 12, 2013 Mardi Gras
Abraham Lincoln's Birthday
Bullying Curriculum will be covered in all classes today.
Reading Coach will be here to work with students in grade 1, 4 and 8
Gym Classes today- Grades 1, 2, 6 & 7

Thursday - February 14th - Valentine's Day
RED DAY -- all students may wear RED shirts, pants, skirts
and not wear their uniform.
PreK will be having a cake sale to raise funds for their graduation celebration.

Sunday- February 17th First Sunday of Lent
No Classes
Mass at 1:00 PM for all students
Mr. Woods will not be in office after Mass.

Monday - February 18th -- President's Day
SCHOOL CLOSED
Mr. Woods will be in office from 11:00 AM - 5:00 PM
if parents have any questions or concerns. 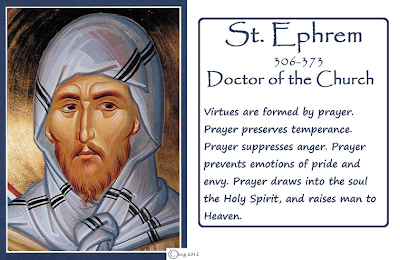 Lord and Master of my life,
do not give me a spirit of laziness or idle curiosity,
of ambition or empty talk.

Instead, grant to me, your servant,
a spirit of self-control and humility,
of patience and love

Yes, Lord and King,enable me to see my own failings,
and not to judge my brother or sister,
for you are blessed unto the ages of ages.
Amen.

An article that appeared in the Wall Street Journal last week by
Cardinal Dolan.

The Plan to Save Catholic Schools

This is Catholic Schools Week, when dioceses across the country celebrate the great gifts that are our Catholic schools. It has been a somewhat somber Catholic Schools Week for me, since in the Archdiocese of New York we recently announced that 24 of our schools will be closing at the end of this academic year. According to the National Catholic Education Association, the closings will join a national trend that has seen Catholic-school enrollment in the U.S. decline by 23.4% since 2000, a loss of 621,583 students.

It is sometimes hard to understand why enrollment has dropped. After all, even the enemies of Catholic education—and, sadly, there are some who wish our schools would disappear altogether—grudgingly admit that Catholic schools are unparalleled in providing a first-rate education that also emphasizes character and virtue.

I have heard from many leaders in business and finance that when a graduate from Catholic elementary and secondary schools applies for an entry-level position in their companies, the employer can be confident that the applicant will have the necessary skills to do the job. Joseph Viteritti, a professor of public policy at Hunter College in New York who specializes in education policy, recently said, "If you're serious about education reform, you have to pay attention to what Catholic schools are doing. The fact of the matter is that they've been educating urban kids better than they're being educated elsewhere."

The evidence is not just anecdotal. Researchers like Helen Marks (in her 2009 essay "Perspectives on Catholic Schools" in Mark Berends's "Handbook of Research on School Choice") have found that students learning in a Catholic school, in an environment replete with moral values and the practice of faith, produce test scores and achievements that reliably outstrip their public-school counterparts.

This is why, to the consternation of our critics, we won't back away from insisting that faith formation be part of our curriculum, even for non-Catholic students. As education expert Diane Ravitch has observed, "A large part of the Catholic schools' success derives from the fact that they are faith-based and that they sustain a sense of genuine community, as well as stability. To me, and I am not Catholic, the success of Catholic schools depends on maintaining their religious identity, that is, keeping the crucifixes in the classrooms as well as the freedom to speak freely about one's values."

Parents who are not Catholic often choose Catholic schools because of the institutions' moral grounding, not in spite of it. They know that Catholic-school graduates—Catholic and non-Catholic alike—make good citizens, involved in community service and committed to social justice. We also find that Catholic alumni are, on the whole, more faithful in their practice of their religion as well.

You will not be surprised to learn, then, that I believe our Catholic schools are a "pearl of great price," worth every drop of sweat and ounce of effort that we are making on their behalf. At a time when even public schools across the country are struggling, we Catholic educators need to be bold in our thinking and daring in our actions as we look to the future. That is why the Archdiocese of New York has instituted Pathways to Excellence, a strategic plan that is reshaping how Catholic schools are run.

Since the mid-19th century, the Catholic-school model has been "one parish, one school." That served us well for many years, but it has become painfully obvious that a new model is needed. Beginning in September, the Catholic schools in the Archdiocese of New York will be broken down into regions, and every parish will be responsible for, contribute to, send children to, and have a voice in Catholic education in the archdiocese.

The laity will be called on to have an expanded leadership role in school governance with pastors. An essential component of regionalization is reinvestment, which includes reallocating current resources back into Catholic education while identifying and securing additional funding. The goal is a system of strong, accessible, affordable Catholic schools, owned by every parish, supported by every Catholic, available to every child.

We will also be investing more in marketing. It has been pointed out to me that our Catholic schools are a great story—but, maybe because we've been taught that modesty is a virtue, we're sometimes reluctant to blow our own horn. We must be willing to advertise, if we're going to attract more students, particularly since only about 25% of Catholic children attend a Catholic school.

Finally, we will we continue and intensify our outreach to new immigrants to America. Catholic schools have been one of the greatest engines of enculturation, and through efforts like the Catholic School Advantage Program, run in conjunction with Notre Dame University, the archdiocese is reaching out to Hispanic and Latino parents to invite them to our Catholic schools.

Catholic churches and schools were originally built on the small donations of immigrants who sacrificed nickels, dimes and dollars to make sure that their children were fully educated in a Catholic setting—and emerged fully American. We Catholics must never lose the nerve, the daring and the dream that inspired our ancestors in the faith.

Cardinal Dolan is the archbishop of New York.

A version of this article appeared February 1, 2013, on page A11 in the U.S. edition of The Wall Street Journal, with the headline: The Plan to Save Catholic Schools.