Dr. Perri Klass on family health.
Do children in a keyboard world need to learn old-fashioned handwriting?
There is a tendency to dismiss handwriting as a nonessential skill, even though researchers have warned that learning to write may be the key to, well, learning to write.
And beyond the emotional connection adults may feel to the way we learned to write, there is a growing body of research on what the normally developing brain learns by forming letters on the page, in printed or manuscript format as well as in cursive.
In an article this year in The Journal of Learning Disabilities, researchers looked at how oral and written language related to attention and what are called “executive function” skills (like planning) in children in grades four through nine, both with and without learning disabilities.
Virginia Berninger, a professor of educational psychology at the University of Washington and the lead author on the study, told me that evidence from this and other studies suggests that “handwriting — forming letters — engages the mind, and that can help children pay attention to written language.”
Last year in an article in The Journal of Early Childhood Literacy, Laura Dinehart, an associate professor of early childhood education at Florida International University, discussed several possible associations between good handwriting and academic achievement: Children with good handwriting may get better grades because their work is more pleasant for teachers to read; children who struggle with writing may find that too much of their attention is consumed by producing the letters, and the content suffers.
But can we actually stimulate children’s brains by helping them form letters with their hands? In a population of low-income children, Dr. Dinehart said, the ones who had good early fine-motor writing skills in prekindergarten did better later on in school. She called for more research on handwriting in the preschool years, and on ways to help young children develop the skills they need for “a complex task” that requires the coordination of cognitive, motor and neuromuscular processes.
“This myth that handwriting is just a motor skill is just plain wrong,” Dr. Berninger said. “We use motor parts of our brain, motor planning, motor control, but what’s very critical is a region of our brain where the visual and language come together, thefusiform gyrus, where visual stimuli actually become letters and written words.” You have to see letters in “the mind’s eye” in order to produce them on the page, she said. Brain imaging shows that the activation of this region is different in children who are having trouble with handwriting.
Functional brain scans of adults show a characteristic brain network that is activated when they read, and it includes areas that relate to motor processes. This suggested to scientists that the cognitive process of reading may be connected to the motor process of forming letters.
Karin James, a professor of psychological and brain sciences at Indiana University, did brain scans on children who did not yet know how to print. “Their brains don’t distinguish letters; they respond to letters the same as to a triangle,” she said.
After the children were taught to print, patterns of brain activationin response to letters showed increased activation of that reading network, including the fusiform gyrus, along with the inferior frontal gyrus and posterior parietal regions of the brain, which adults use for processing written language — even though the children were still at a very early level as writers.
“The letters they produce themselves are very messy and variable, and that’s actually good for how children learn things,” Dr. James said. “That seems to be one big benefit of handwriting.”
Handwriting experts have struggled with the question of whether cursive writing confers special skills and benefits, beyond the benefits that print writing might provide. Dr. Berninger cited a 2015study that suggested that starting around fourth grade, cursive skills conferred advantages in both spelling and composing, perhaps because the connecting strokes helped children connect letters into words.
For typically developing young children, typing the letters doesn’t seem to generate the same brain activation. As we grow up, of course, most of us transition to keyboard writing, though like many who teach college students, I have struggled with the question of laptops in class, more because I worry about students’ attention wandering than to promote handwriting. Still, studies on note taking have suggested that “college students who are writing on a keyboard are less likely to remember and do well on the content than if writing it by hand,” Dr. Dinehart said.
Dr. Berninger said the research suggests that children need introductory training in printing, then two years of learning and practicing cursive, starting in grade three, and then some systematic attention to touch-typing.
Using a keyboard, and especially learning the positions of the letters without looking at the keys, she said, might well take advantage of the fibers that cross-communicate in the brain, since unlike with handwriting, children will use both hands to type.
“What we’re advocating is teaching children to be hybrid writers,” said Dr. Berninger, “manuscript first for reading — it transfers to better word recognition — then cursive for spelling and for composing. Then, starting in late elementary school, touch-typing.”
As a pediatrician, I think this may be another case where we should be careful that the lure of the digital world doesn’t take away significant experiences that can have real impacts on children’s rapidly developing brains. Mastering handwriting, messy letters and all, is a way of making written language your own, in some profound ways.
“My overarching research focuses on how learning and interacting with the world with our hands has a really significant effect on our cognition,” Dr. James said, “on how writing by hand changes brain function and can change brain development.”
Sign up for the Well Family newsletter to get the latest news on parenting, child health and relationships with advice from our experts to help every family live well. 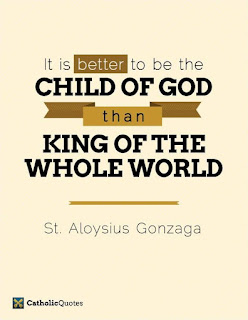 Tuition and Report Cards
A reminder that tuition must be PAID IN FULL before report card distribution on June 28th.


New Tuition Policy - September 2016
The Regional Board of Directors has decided that all payments of tuition/candy bars/after school program etc. in school must be done either by money order or check beginning September 2016.
Parents will be assisted by Alan in learning how to navigate Smart Tuition and parents should arrange for automatic deductions using their debit card/checking account/charge card during the summer of 2016.
Also, a tuition committee has been set up for the Regional Schools and their task will be to work with parents regarding tuition. This is so that Mr. Woods and the other principals of the regional schools may concentrate on academic matters rather than monetary matters.

Mr. Woods will explain all these changes at the September opening Parents meeting.


Summer Reading Assignment/ Supply List
All teachers will post on their blog a Summer Reading Assignment. Students in all grades will be required to read 2 books (one July, one August) and be able to answer questions that the teacher will post on the blog regarding the books assigned.
A test will be administered to students upon their return in September on the books read during the summer.

Mr. Woods will also post the books by grade on the blog next week.
As an example:
Students in the Living Environment Regents class will be reading:
The Serengeti Rules by Sean B. Carroll
and
The Sixth Extinction by Elizabeth Kolbert

Also the Supply List for September will be posted on the teacher's blog by Thursday, June 23rd.  This will enable parents to shop around for early back to school discounts.


Monday June 20, 2016
PreK Summer Program begins 7:30 AM
Students will be cleaning out their desks this week.

Tuesday June 21st, 2016 - Feast of St. Aloysius Gonzaga
PreK-3 - Ms. Sanchez's class Moving Up Ceremony 11:00 AM
Students will be cleaning out their desks this week.

PreK-5 Moving Up 11:00 AM - Mrs. Reyes' class
Reading Summer Assignment will be posted along with the September Supply List
Parents will be notified by an IRIS alert that their child will be required to attend Summer School. 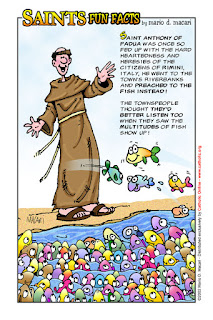 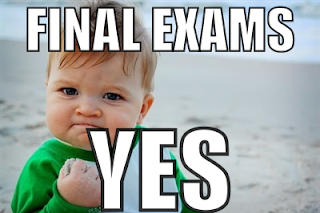 Tuesday - June 14th - Flag Day
PreK-1 - Mrs. Fundora's Class Moving Up Ceremony - A reminder that all tuition and fees  must be paid for child to participate. Last day of class for students in Mrs. Fundora's class.

Wednesday - June 15th
PreK-2 - Ms. Rodriguez's Class Moving Up Ceremony - A reminder that all tuition and fees must be paid for child to participate. Last day for students in Ms. Rodriguez's class.

Officer Matarazzo will speak to students in grades 5-8 regarding sexting. 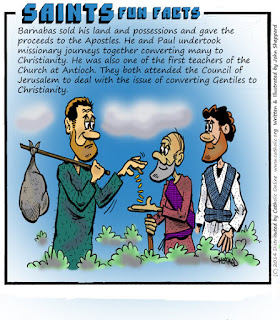 As a reminder all tuition, fees, fund raising (chocolate bars) etc. must be paid in full before a child may participate in moving up/graduation ceremonies. Please check with Alan and Mrs. Resto in the office.

We have noticed that a number of parents took candy bars and never paid Smart Tuition nor the school office.  If you are unsure please check with Mrs. Resto - she will be in the office until 3:00 PM this week to assist parents. 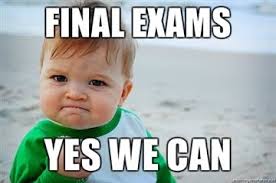 This week:
1. TV OFF
2. Cell phones locked away.
3. Notes organized and studied based on teacher's blog.

Monday June 13, 2016
End of Year Exams
Students will not be administered exams where there is an outstanding balance due as per the Manhattan Regional Board of Directors.